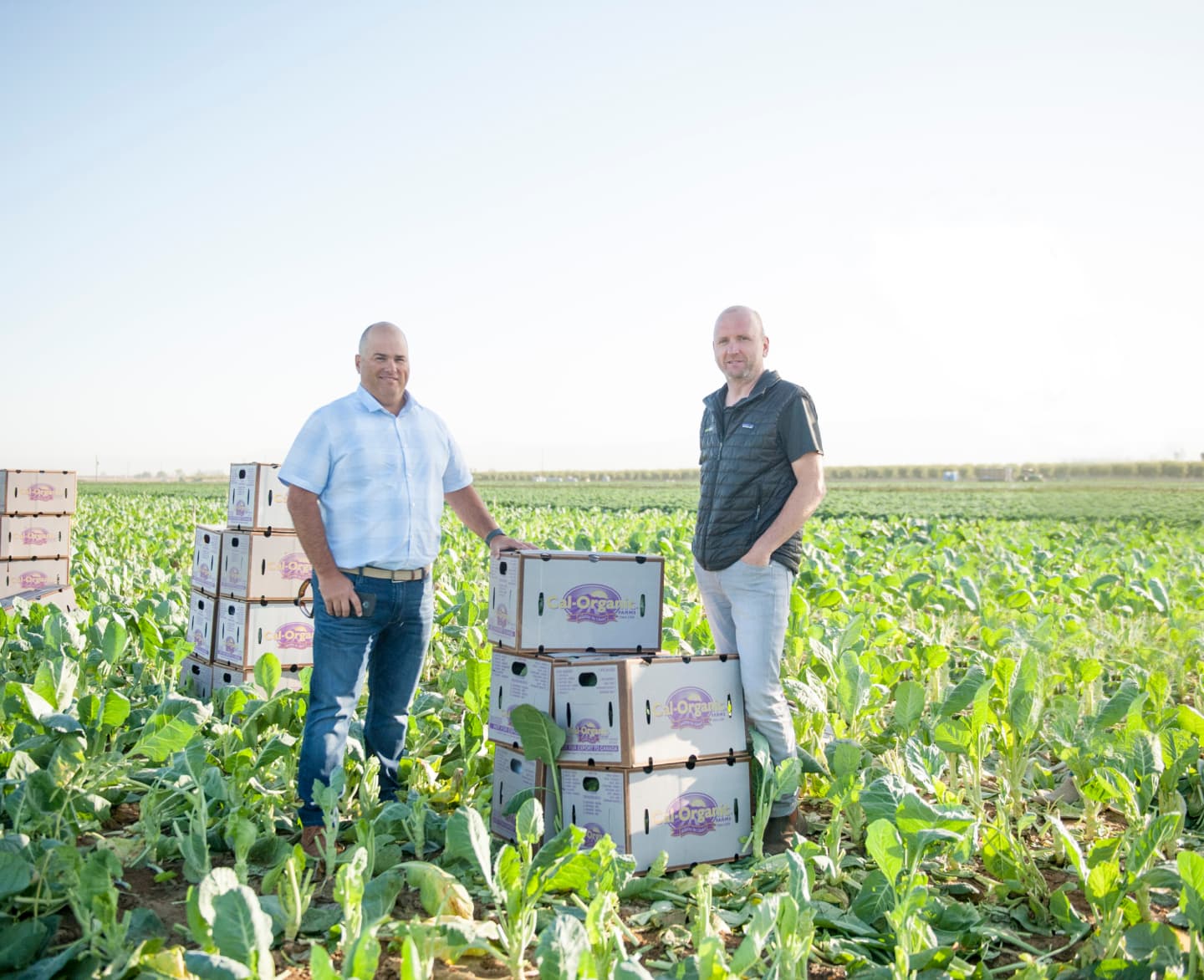 We're On a Mission to Change How Things are Made

As a packaging executive and supplier, Matthew Wright spent 20+ years dealing with spec problems. He founded Specright so people like you can spend less time chasing data and more time making amazing things.

Get Started
When you get the spec right, the rest follows

“From automotive and aerospace to beauty, CPG, and food, I saw every industry struggle with a lack of specification data. I also realized any data that did exist was typically worthless because it lacked a common language and was hard to share. Not only was it frustrating, it was bad for business and led to waste. The answer seemed simple: a standard, templated system to manage specs. A single source of truth.”
Matthew Wright
Founder & CEO, Specright
Our Founding Story
For more than 20 years, Matthew Wright traveled across the country selling packaging, watching everything you can imagine be made. His experience as a supplier led him to create the first Specification Management platform so people could spend less time chasing data and more time making amazing, sustainable things. 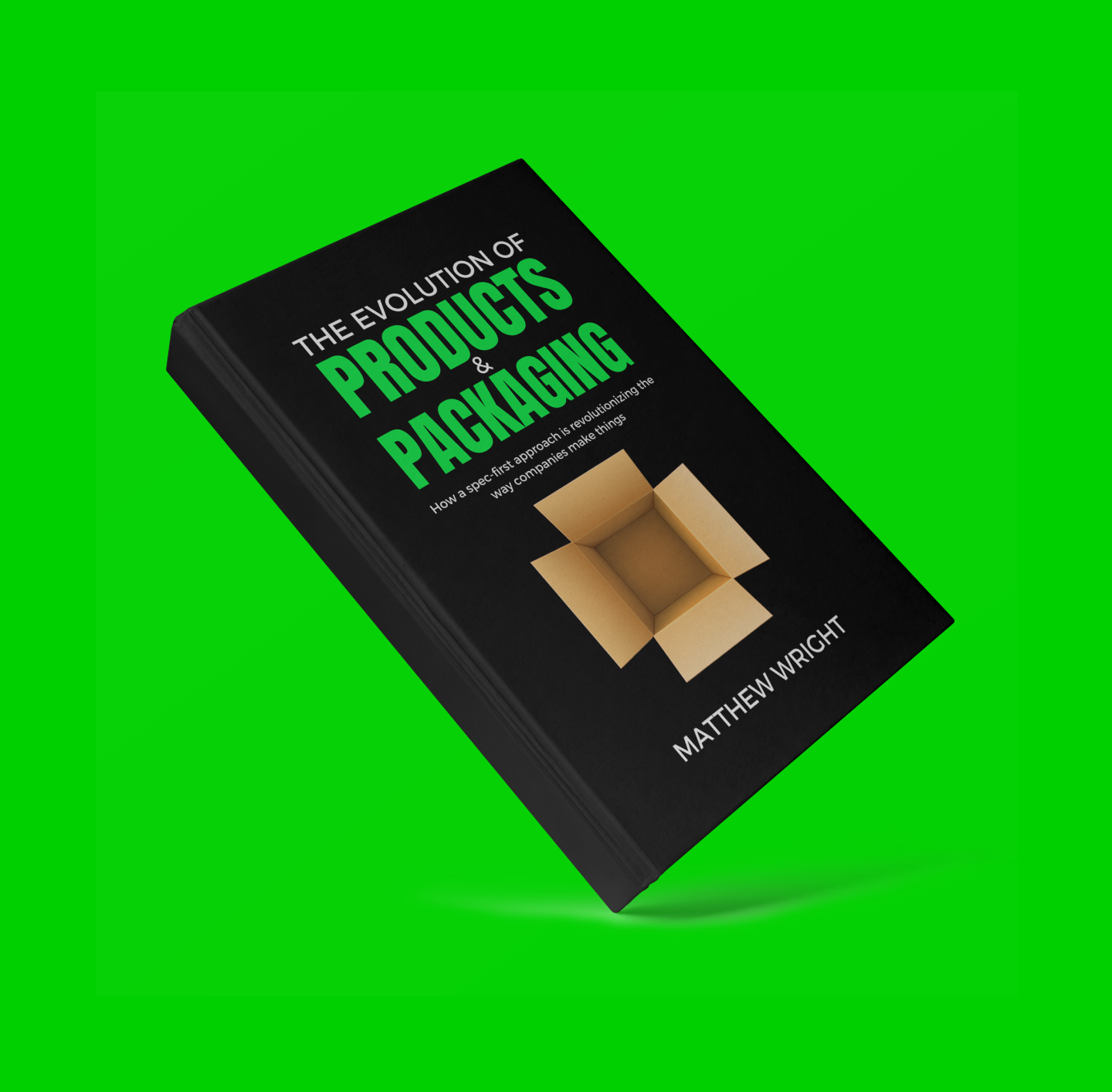 Learn More About Matthew’s Story and the rise of Spec Management in his book “The Evolution of Products and Packaging”
Available for download here or for purchase on Amazon.com
Download eBook
At Specright, we have a clear vision, mission and credo that governs everything we do
Our Vision
To live in a world without waste.
Our Mission
To help people and companies make amazing, sustainable things. 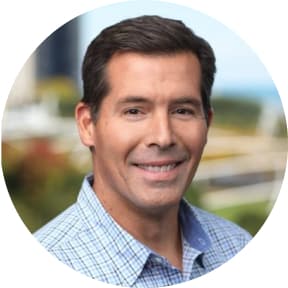 “I witnessed the explosion of SKUs during my time at PepsiCo and the rise of eCommerce as the first CEO of Walmart.com. In The Evolution of Products & Packaging, Matthew Wright does more than explain how we got to where we are, but how we can prepare now for where the industry is going.”
Carter Cast
The Michael S. and Mary Sue Shannon Clinical Professor of Entrepreneurship at Northwestern Kellogg School of Business 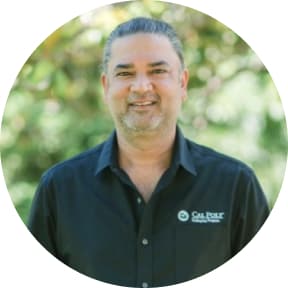 “In The Evolution of Products & Packaging, Matthew Wright provides a first-hand account of the market and consumer shifts that have transformed our industry. Furthermore, he outlines a vision for how we can make better, sustainable and more innovative products and packaging through a data-driven approach. This is a must read for both students and experienced professionals alike.”
Jay Singh
Professor & Packaging Program Director, Orfalea College of Business, Cal Poly State University San Luis Obispo 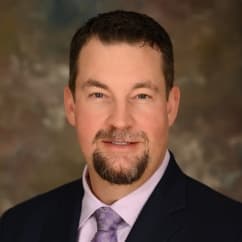 “Specright has exceeded our expectations on value to the process and the business. Our pilot deployment improved cycle time by >60%.”
Rod Patch
Director of Packaging, Johnson & Johnson
What If We Lived In A World Without Waste?
As humans, our lives are governed by constraints.
We only have so much time.
We only have so much money.
Our planet only has so many resources.
Today, people – and companies – want to be sustainable. But there’s a gap between ambition and action. At Specright, we believe in empowering people with the data to close the gap between ambition and action when it comes to sustainability. With a spec-first approach to managing products and packaging, companies can eliminate waste across their business. 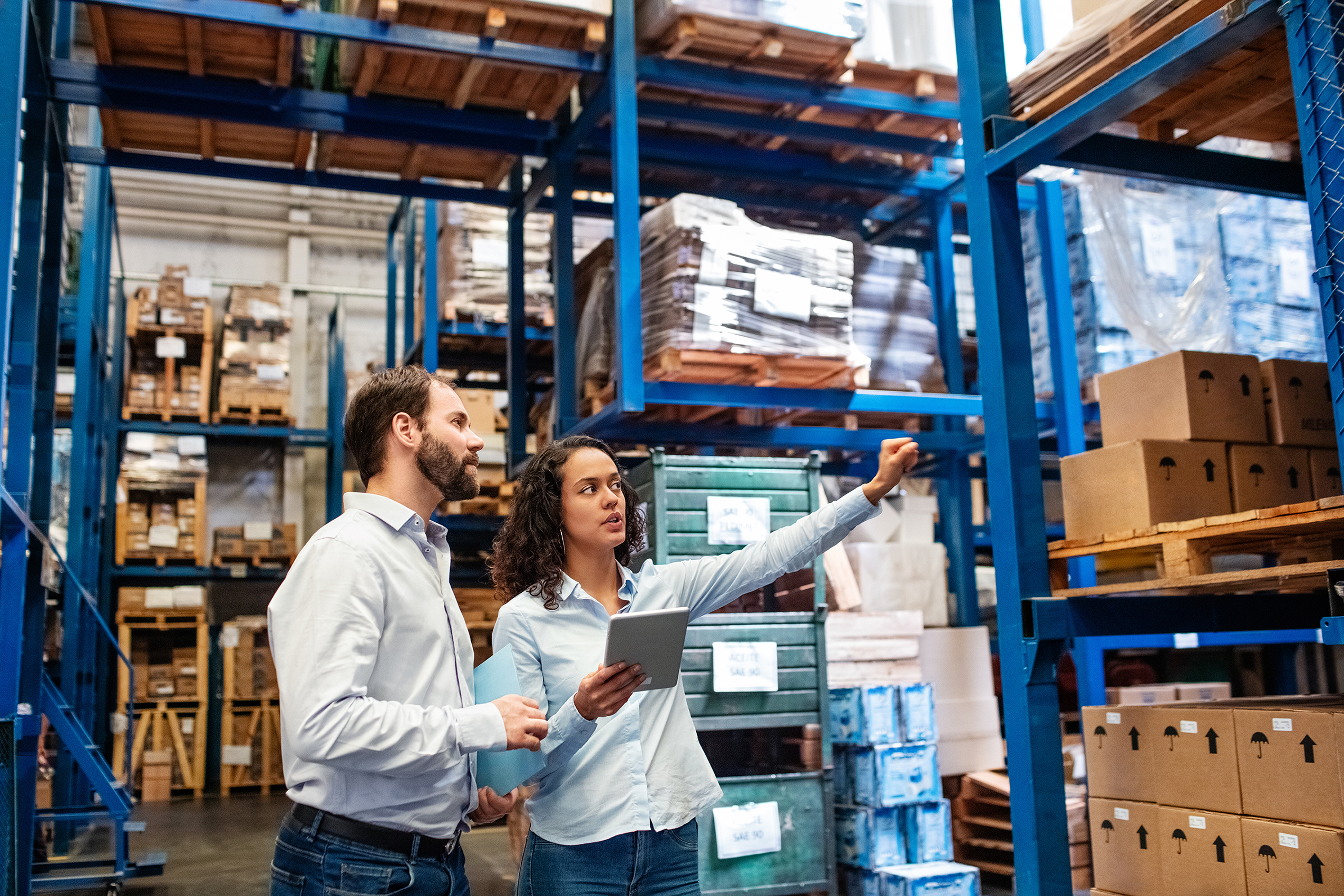 Free Human Capital
Too many talented people are chasing data instead of taking action. By giving teams the right tools and data, they can spend less time managing data and more time innovating.
Remove the Choice Between Sustainability and Profitability
We believe the dilemma between making sustainable or profitable products is a false one. When people and companies have end-to-end supply chain data, they can optimize for sustainability at any phase of the product life cycle – or stage of the supply chain – to drive not only sustainability but profitability as well. We imagine a world where companies can be profitable and sustainable and consumers can buy affordable and sustainable products. 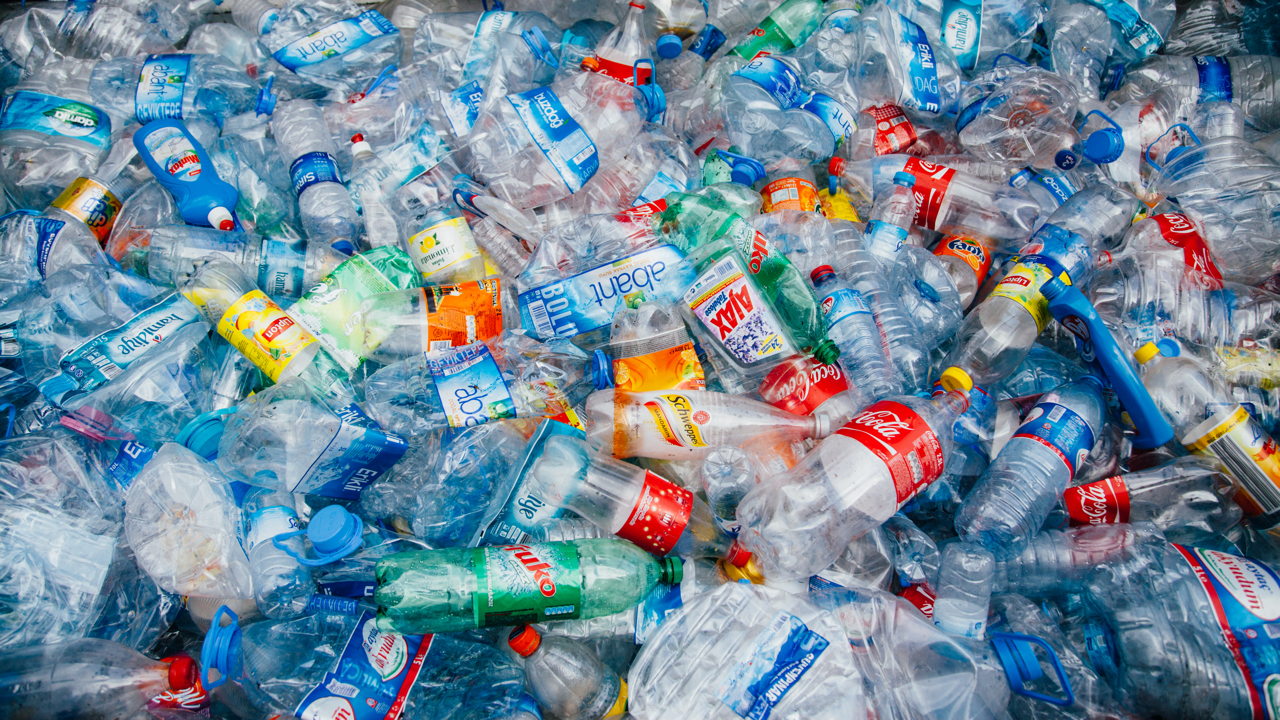 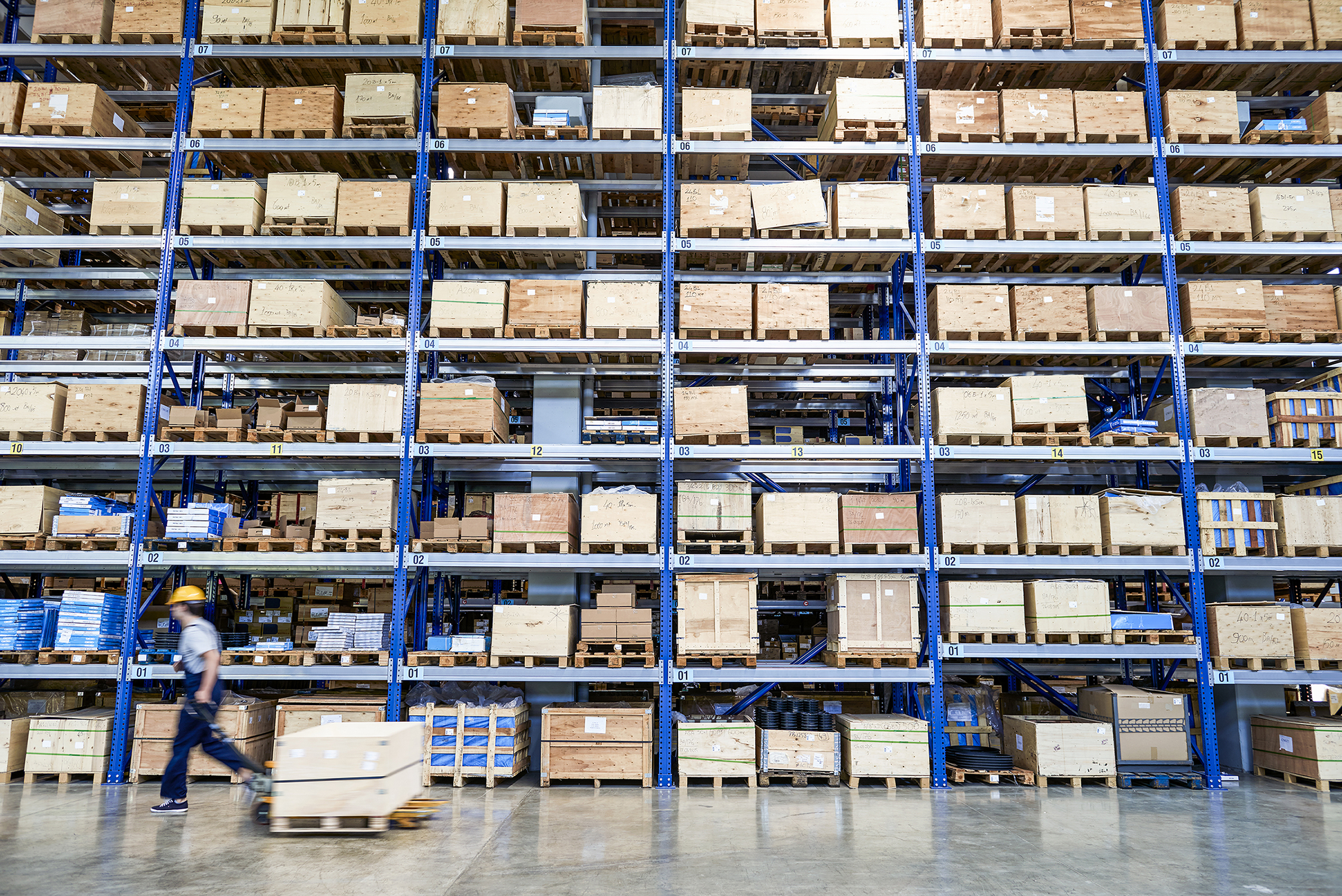 Get Things Right Every Time
Most companies budget for “allowable waste” – the concept that mistakes will happen and products or materials will have to be thrown away. We believe that when your supply chain partners have access to live, accurate data, these mistakes can not only be avoided, but eliminated altogether.
‍
Our constraints remind us that everything in life is precious.
‍
And with more access to information, we can ensure what’s good for our business is also good for the world.
The Specright Credo
Our credo reflects our values, aspirations, and most importantly, our promise to customers.
We love what we do
We positively engage with those who need us
We look to problems and challenges as opportunities
We will be active learners
We will work to simplify the complex
Success will allow our customers to make amazing things
Discover the value of a Spec-first approach to your business
Get Started
Leadership
Bringing together leaders in industry and technology to drive innovation.
Tab 1
Tab 2
Tab 3
Matthew Wright
Founder & CEO
About Matthew
Matthew Wright is the founder & CEO of Specright, the first cloud-based platform for Specification Management. Specright has been recognized as a Gartner Cool Vendor, received the Salesforce Innovation Award and was named one of the Top Places to Work by the OC Register and Built in LA. Wright is also a published author and his book, “The Evolution of Products and Packaging,”was named to the Amazon Hot New Release List for Industrial Relations Business and has a five star rating.
‍
Prior to founding Specright, Wright spent more than 25 years in the packaging industry, holding leadership positions at International Paper, Temple Inland, and rightPAQ — a packaging company he co-founded. He has also been involved in leading multiple M&A deals in the packaging industry and sits on the Packaging Advisory Board at Cal-Poly San Luis Obispo.
Matthew Wright
Founder & CEO
Matthew Wright
Founder & CEO

Matthew Wright is the founder & CEO of Specright, the first cloud-based platform for Specification Management. Specright has been recognized as a Gartner Cool Vendor, received the Salesforce Innovation Award and was named one of the Top Places to Work by the OC Register and Built in LA. Wright is also a published author and his book, “The Evolution of Products and Packaging,”was named to the Amazon Hot New Release List for Industrial Relations Business and has a five star rating.

Jim leads Specright’s global sales team. Prior to Specright, he led sales and business development at FirstFuel Software resulting in a successful exit in 2019. Before that, Jim has led winning sales teams at some of the world’s best run sales organizations including SAP, Adexa, and Parametric Technology Corporation (PTC). As an expert in enterprise software platform sales for over 20 years, Jim thrives on building, mentoring and scaling sales organizations to achieve year over year ARR growth. His efforts have helped several organizations substantially grow key sales metrics including average deal size, length of contract term and reduced cycle time. He has a passion for helping customers achieve meaningful business value by developing and deploying a repeatable value based sales methodology. Jim graduated from Michigan State University and resides in Grand Rapids, Michigan with his wife. Jim is blessed with two children who are attending college.

Laura has spent her career at the intersection of manufacturing and technology. She currently leads marketing and inside sales at Specright, a SaaS company that created the first purpose-built platform form specification management and as a result created a new category of enterprise software. In her role, she works with our Fortune 100 customers to help reminagine their supply chains using data as the center of everything they do. She’s produced the company’s annual User Group conference for the past two years, putting together 2 days of programming for industry professionals across CPG, food & beverage, beauty and manufacturing on how to use specification data to make better products and packaging.

Prior to Specright, Laura led advertising and analytics at GE Digital, GE’s Industrial Internet software business that pioneered the Industrial Internet of Things category. At GE, she championed an initiative to implement a best-in-class analytics program across product, marketing and customer experience teams. She also chaired live broadcasts with business leaders and analysts in the manufacturing space about digital transformation.

Before that, Laura was a consultant at Deloitte Digital working in enterprise digital transformation, where she helped clients design and deploy eCommerce experiences, develop revenue-driving mobile apps, and reimagine their global digital marketing strategy using technology.

Ayman is Chief Technology Officer at Specright, where he leads the product and engineering teams. Ayman started his career with the Microsoft Developer Division product groups where he spent over 15 years. He was the Group Program Manager for the Visual C++ team at Microsoft till early 2016. Ayman’s team in Microsoft was responsible for delivering the compilers, libraries, runtimes and IDE that enabled developers to create great native applications using Visual Studio. Through those years, he participated in shipping a wide range of world-class products starting with the various versions of Visual Studio to the platform tooling for Windows, Xbox, MS Office, SQL., etc.

He then joined HireRight, the world leader in the background screening market, where he was the Chief Technology Officer and part of the executive team who drove the company's successful exit and its acquisition by a major private equity. Just before joining Specright, Ayman spent some time in Amazon’s core e-commerce platform team.

Ayman brings executive level experience that focuses on strategy setting and team growth. Prior to moving to the US, Ayman spent a year in Newcastle, Australia where he earned his Master degree in Software Engineering. In Addition, He holds a BSc. in Computer Science from the American University in Cairo. He currently lives in Irvine, CA with his wife and two daughters.

Kathryn Furgal is SVP of Finance at Specright. She is an active CPA with close to fifteen years of experience in Finance and Accounting. Kathryn began her career in public accounting but has spent roughly 10 years building and scaling startups. Prior to Specright Kathryn was the VP of Finance at CrowdRise and oversaw the Finance, Accounting, Legal and Human Resources divisions of the Company. During her tenure as VP of Finance for CrowdRise, the Company successfully obtained Series Seed and Series A funding to be eventually acquired by GoFundMe in 2017. After acquisition, Kathryn stayed on at GoFundMe as a key employee and to help create and grow the GoFundMe Enterprise SaaS product for Charities. Kathryn holds a Masters Degree in Accounting and graduated cum laude with both her Masters and Bachelor’s degrees from DePaul University in Chicago. She currently lives in Aliso Viejo, CA with her husband and son.

Join Our Team
Do you want to be part of changing the way the products you use are made? Check out our open positions to learn how you can grow your career while making an impact.
Open Roles 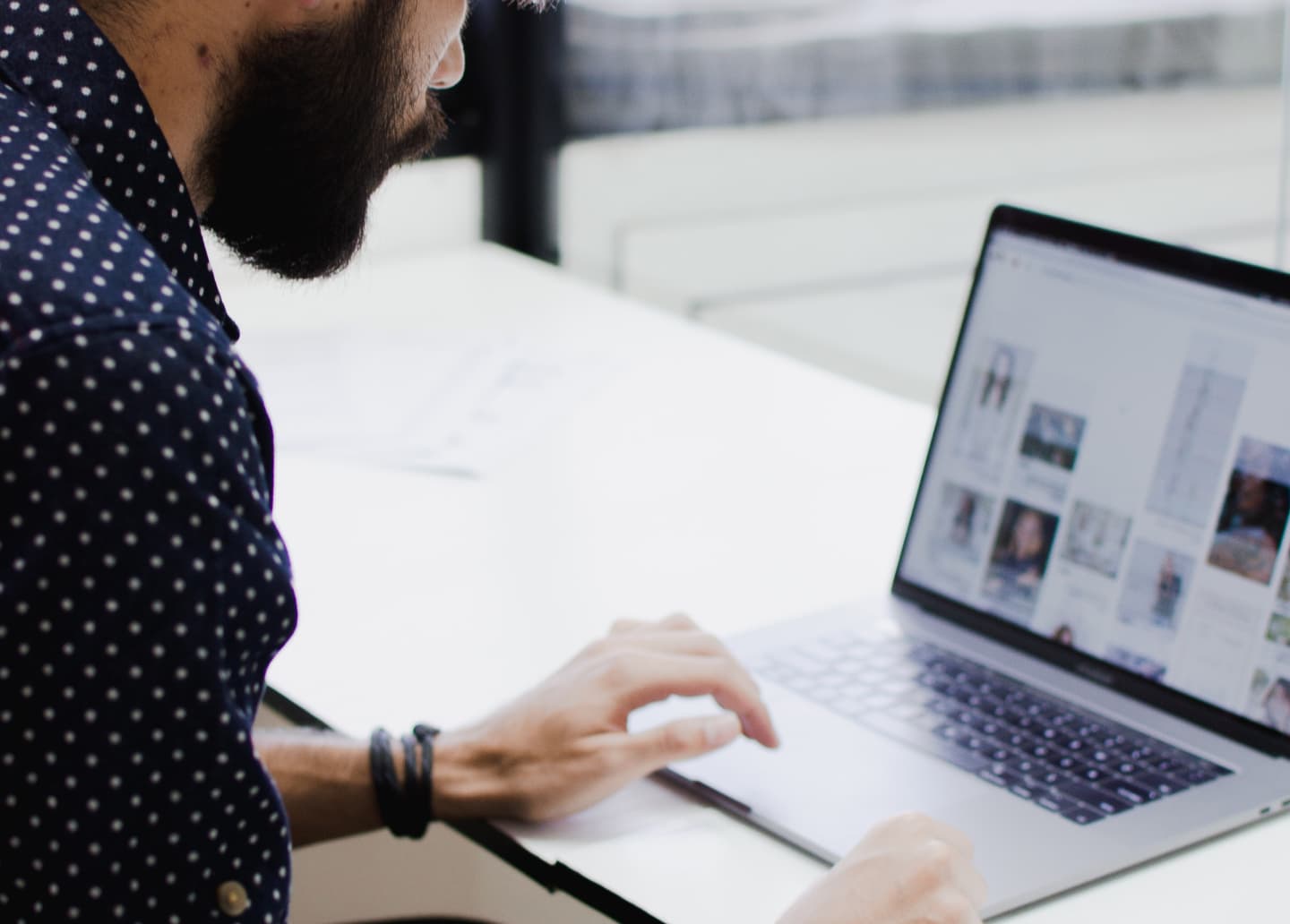 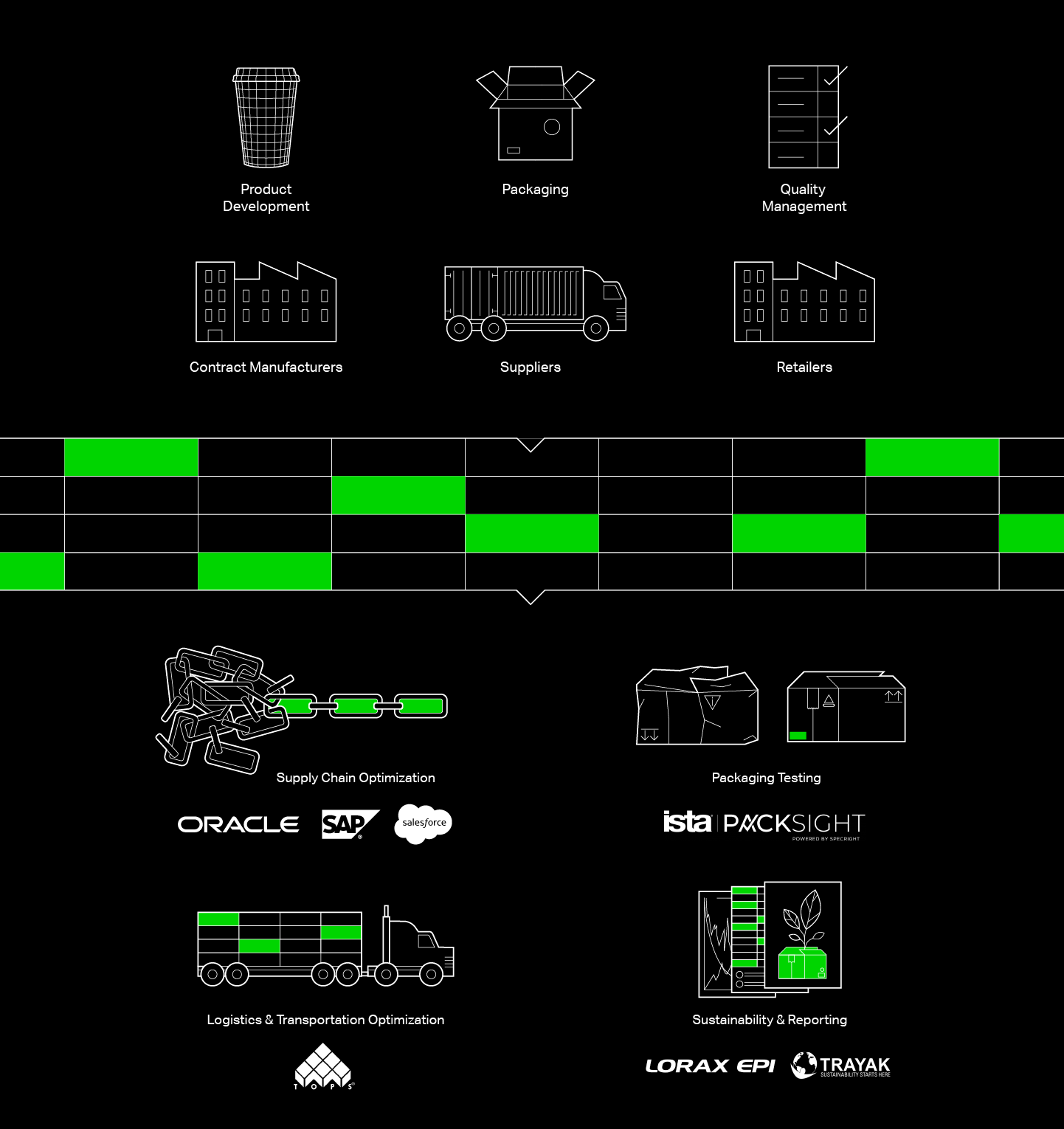 Specification Management software is used to manage the data needed to make, buy, and sell products, as well as collaborate with external suppliers and partners across the supply chain to bring those products to market.

Learn More
How it Works